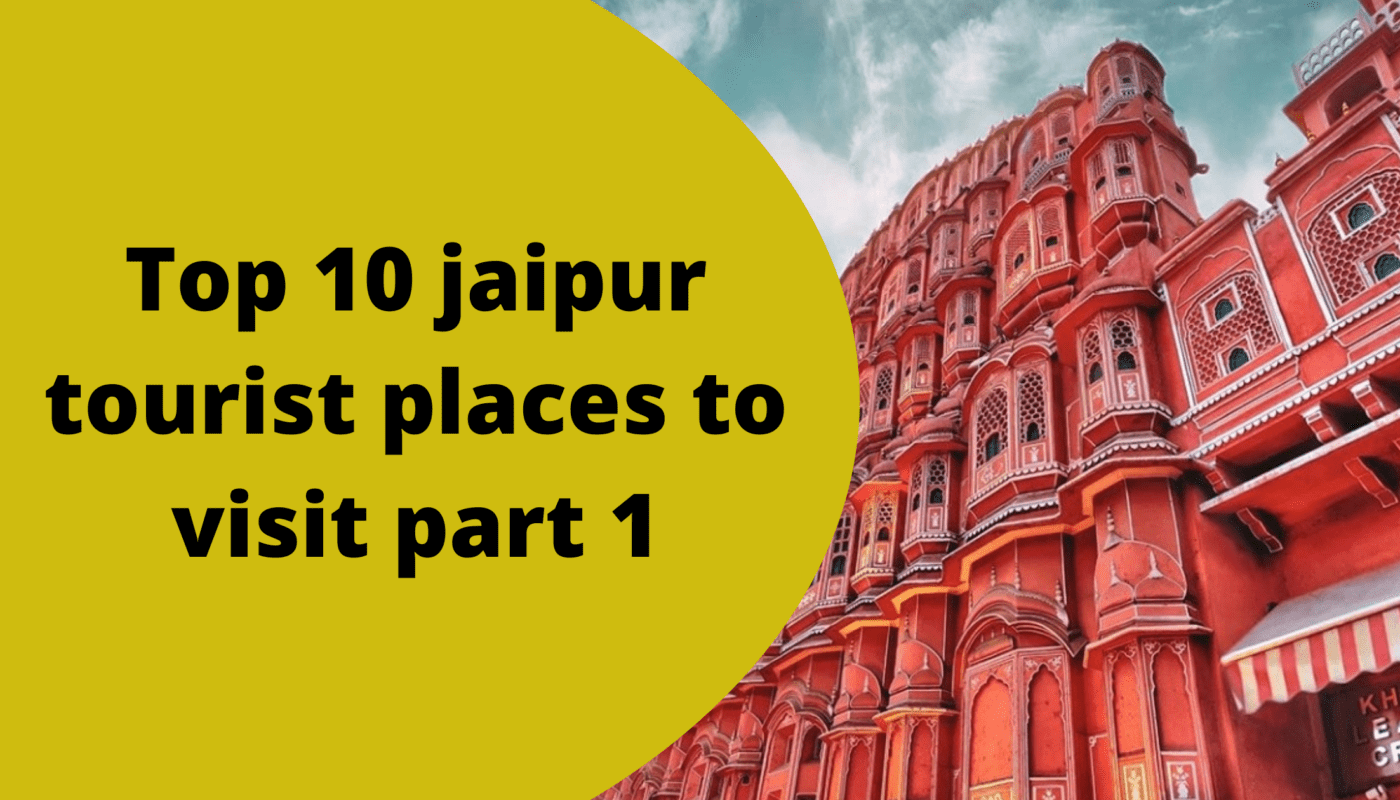 So today, we are going to see about the Top 10 jaipur tourist places. Jaipur is the biggest city of Rajasthan and Jaipur is, called as pink city. The maharaja Sawai Jai Singh of Amber established Jaipur. Jaipur, the capital of Rajasthan is one of the most colorful and vibrant cities in India. Jaipur city has some amazing and popular tourist spots, beautiful forts, palaces and Temples. There is a good system of transport in the city of Jaipur. The national highway Jaipur connects the city to many other Indian cities. While constructing this city with magnificent palaces and buildings, there were 7 entrances made for city. The villages, which annexed, to each other and that, six villages in Jaipur were quite different from the names of the present. Nahargagarh, Taltopakh, Santoshsagar, Today’s Moti Katala, Galtaji and Today’s Krishanpol made to Jaipur. Many people wonder why Jaipur is, called the Pink city.

In 1876, the prince and queen Victoria of wales had visited India. Since the Pink colour shows the reception of the guests therefor the Maharaja Ram Singh of Jaipur had coloured the whole city pink to welcome the guests.

We all known about Jaipur, Jaipur is the capital of Rajasthan and Jaipur is the largest city in the state. The past of the city forbearance and the ancient culture of Jaipur are reminiscent of the 18 century and its credit goes to the great warrior and astronomer Maharaja Sawai Jai Singh second. Royal Forts and Palaces, beautiful gardens, beautiful temples, serene landscapes and rich culture heritage make Jaipur an ideal place for tourists all over the world. Jaipur has been accord the status of world heritage city in July 2019 by UNESCO. So now, let us look at the top 10 places in Jaipur that you should definitely visit when you come to Jaipur.

How to reach Jaipur:

By Flight: Nearest airport is Sanganer Airport, which is 11km from main Jaipur city.

By Bus: Jaipur is connecting with three national highways, which are N88, NH11 and NH12. There are many AC and Non AC buses available of The Rajasthan State Road Transport Corporation (RSRTC) and private agencies.

Places to visit in Jaipur –

City Palace timing: City Place is open every day 9.30 am to 5 pm

Accommodation: There are hotels, Hospice or Guest House

The city palace in Jaipur  is the throne of king of the Rajput dynasty of Jaipur. The palace complex was started by Maharaja Sawai Jai Singh ll, who ruled from 1699 to 1744 on amber. The compound is spread over several acres. They had earlier ordered the construction of the outer wall of the premises. Construction was started in 1729 and it took three years to complete it. The palace was completely constructed in 1732.

City Palace is famous jaipur tourist places in Rajasthan. The city palace is built in the middle-north eastern part of the city of Jaipur, whose premises is very much spread. Many palaces, orchards, mandapas abd temples, surround its edifice. The most places inside the campus include the Chandra Mahal, the Mubarak Palace, Maharani Mahal, the Shri Govind Dev Temple and the City Palace Museum. The main entrance gate of the city palace consists of virendra pole, uday pole and tripolia pole and out of three gates only the royal families can enter from tripolia gate. General Public and Visitor are allowed entry inside the city palace through virendra pole and uday pole. After enters the virendra pole, it takes us directly to the Mubarak Palace. The entry of the city palace is adorned with ancient architecture.

also read:-top 6 matheran places to visit at once

Accommodation: There are many hotels where you can stay

The Amer fort is also one of the jaipur tourist places to visit. Amer Fort of jaipur built by Hindu-Rajputana architectural style is one of the largest forts in Rajasthan, which is located at about 11 km away from Jaipur on the hills of aravali. Amere has earlier lived the capital of Suryavansi kachhavads, which constructed by a tribe called minas. Rajasthan’s biggest amer fort was built in the 16th century by king Mansingh First. After which for about 150 years king Manssingh’s successors and rulers had extended and renovated the fort. Let me tell you that before Jaipur, the capital of the kachwaha dynasty was Amer. Some people believe that the fort named Amer after ambikeshwar, the name of Lord Shiva. While, some people take the name of Amer fort so that the name of this fort has been derived from maa durga, which means amba.

This great fort was, built in Hindu and Rajputana style. On seeing this fort from outside, it looks influenced by Mughal architecture style, while from inside this fort is built in Rajput architecture. Inside this fort, there are paintings of ancient architecture and history of famous and courageous Rajput rulers. Tourists in the amer fort go inside from the entrance east of this fort; this reclamation is the main reclamation of fort, called surpoll or Surydwar. With the help of steps in this fort you can reach, the palace premises near as impressive court called “Jaleb Chawk”. This step leads the Seetala Mala temple. The Jaleb chowk was, used by the military to redisplay its times of war where women could only see it through the windows.

Accommodation: There are many hotels where you can stay

Nahargarh fort is one of the most famous forts in jaipur tourist places, Where the tourists keep coming. The fort, however is considered as there have been many activities which have resulted in its being called the haunted place. The Nahargarh fort was, built in 1734 between the aravalli hills and near Jaipur Nahargarh fort built by Raja Jai Singh. This fort was, used as a palace in the summer. The best part of the fort is that, it has never been, attacked in its long history. However, this fort has been the venue of the historical events like signing of treaties with the Maratha forces in the 18th century. This fort is, also known to give shelter to many European people during the soldier mutiny of 1857. In the year 1868, when Raja Sawai Ram Singh made a category of castle inside the Nahargarh fort, the palace had passed through the restoration.

Nahargarh is a beautiful Indo-European Architecture, which has a collection of many beautiful structures. When we enter the fort by an entry called “Talegit” of this fort and you will find a temple of your left side, which is dedicated to Jaipur rulers. In this fort premises there is one more temple, which dedicated to Rathore Prince and you would see a “Madhvendra Bhavan” constructed by Sawai Madhosingh in a campus. The structure of the fort is two–storey edifice built for the king and his twelve queens. This fort is, divided in nine equal apartments and each consists of a lobby, bedroom, toilet, kitchen and store. Apart from these, there is the Diwan – E – Aam in other attractions of the palace where the kings used to meet their people and listen to their problems grievances.

The Nahargarh fort is, also situated in an organic garden of attractive structures, which is a special attraction for the fort. This Biological National Park is, also called as Ranthambhore National Park. Nahargarh sanctuary spanned over an area of 7.2 sq km and the organic park decorate with fine granite and quartzite rocks. This park is, known for its rich vegetation in which you can see many animals in their natural surroundings.

Accommodation: There are many hotels where you can stay. The major hotels here are name are alsisar mansion, hotel mahadev villa, hotel blue haven and fort Chandragupta.

Jaigarh fort is a magnificent structure at the top of the hills of “Cheel Ka Teela” in the pink city of Rajasthan. In the Amer City, Amer Fort and Jaigarh fort is located and where has been ruled by the Kachawas from the beginning of the 10th century. During the Mughal Empire, the jaigarh fort became the chief gun foundry of his empire and was also used as a storage bastion for storing war ammunition and other metal.

The gun-post was, protected at the jaigarh fort after being broken into the Mughal Empire in 1658. Unless the defender, dara shikoh defeated and killed by his own brother Aurangzeb. The fort was later handed over to Jai Singh ll and was, moulded into the great ‘Jaiwan Canon’, while using the equipment and casting inside the fort. This fort is, built near the Amber fort therefore; Jaigarh Fort can be, seen from the Amber fort and the Mota Lake. This fort was, built in 1726 by Jai Singh ll for the security of Amber fort.

Jaigarh fort is jaipur tourist places an attractive structure spread over a large range. This fort is, guided by thick walls of sandstone with some special architectural features like lalit temple, vilas temple, laxmi vilas and Aram temple. Along with this, Ram Harihar Temple made in 10th century and Bhairav Temple made in 12th century, also increases the attraction of this temple. The biggest attraction of this fort is world’s biggest cannon on whhels known as ‘Jaiwana Cannon’ and giant palace cannon. Apart from this, there is a museum and a garden in this fort. The red sandstone walls of jaigarh fort are, spread over a length of 3 km, the width is about one kilometer. Courtroom and hall are decorated with splendid Windows and here a central watchtower, watch the landscape around. The Aram-temple entrance is through the Avni door, which is an excellent triple arched entrance. The sight of the sea lake nearby Aram Mandir fascinated everyone.

Accommodation: There are hotels, Hospice and Guest House for stay

Hawa Mahal was jaipur tourist places, built by Maharaja Sawai Pratap Singh in 1799. The building was, by the khetri palace built by Maharaja Bhupal Singh in jhunjhunu town of Rajasthan. Lal Chand Ustad designed it through as a Crown of Hindu Lord Krishna. Honeybees of equal size beyond this five-floor occupy building and the palace has 953 small Windows called Zarokha, and these springs are decorated with fine art. The building is majestic and unparalleled. As the name suggest, it is a palace where a variety of interior decoration is to be seen. This palace is, made at the edge of the city palace.

The palace is, built with red and pink sandstone. It is a five – story building. It is 50 fit (15m) high and the front of the palace opens towards the road. There are several small Windows. It is referred to as Hawa Mahal because wind moves from outside to onside through these Windows. These small windows are made of sand stone. In this, there are nets, spines and domes. Because of these attractive carvings, the Windows look beautiful.

Hawa Mahal has many windows octagonal and makes it beautiful. There is no direct entry in the Hawa Mahal. You can enter the palace on the right and on the left side of the road. In Hawa Mahal’s architecture, one can see a unique mixture of Hindu Rajput craft and mughal style architecture. In this, the arch is, made for carving the Mughal style. Along with this, dome in the Rajput craft and flowers are, made with attractive work of leaves and huge posts. 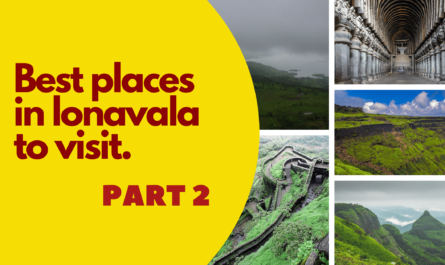 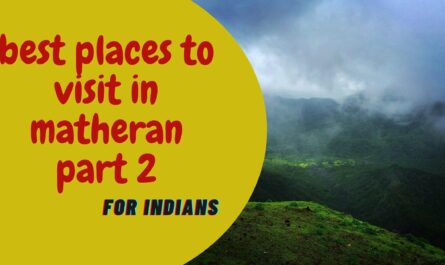 best places in matheran to visit in winter part 2 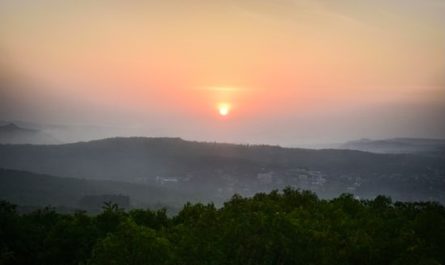