The first match of Chennai super kings 2021 is played against Delhi capitals. On 10 April 2021 at Wankhede stadium. This is the 2nd match of ipl 2021. While batting first Chennai super kings couldn’t get a better start faf Duplessis got out on zero while after that Ruturaj Gaikwad also get caught in slips. But after that Suresh Raina who is making comeback after one year in ipl played a knock of 58 runs and with him, Moeen Ali the man from England also played a mini knock of 36 runs. Using these knocks Chennai managed to score 188 runs in 20 overs with the loss of 7 wickets.

After csk innings when Delhi capital openers started batting they started well. Both Pritwhi shaw and Shikhar Dhawan played a good knock for their team. Shikhar Dhawan scored 82 runs with 10 fours and 2 sises and along with him, Prithvi shaw scored 72 runs with 9 fours and 3 sixes. For the amazon innings from Shikhar Dhawan, he was nominated as the player of the match. With the help of both openers, DC won the first match with 7 wickets in hand.

After losing the first match Chennai super kings 2021 made a good comeback in the csk vs Punjab match in Wankhede on 16 April 2021, while bowling first csk bowlers are looking dangerous for Punjab batsman. Deepak Chahar the swing master of CSK bowled the Mayank Agrawal opener of Punjab kings on zero. After that, the man with golden arm Ravindra Jadeja run out the KL Rahul the captain of Punjab kings. Punjab kings never get settled after that stroke. And only managed to score 106 runs in 20 overs.

After good bowling of bowlers now the work is done by the CSK batsmen. Moeen Ali played a massive knock of 46 runs and with him, Faf Duplessis give him support with his 36 runs and got CSK to their first win in Chennai super kings 2021 matches. For the brilliant bowling from Deepak Chahar, he is nominated as the player of the match.

After winning the first match in 2021 ipl Chennai played its 3rd match against Rajasthan Royals in Wankhede stadium on 19 April 2021. Sanju Samson the captain of Rajasthan Royals won the toss and decided to bowl first. The csk batsman in Chennai super kings vs Rajasthan royals match no any batsman scored a half-century. But managed to get a score of 188 runs in 20 overs

After managing to score 188 runs in 20 overs the Rajasthan royals openers made a good opening partnership with the joss butler from Rajasthan Royals in Chennai super kings vs Rajasthan royals scored 49 runs but after he got out no batsman from Rajasthan played a few innings for winning the match. At the end of the match, Rajasthan only managed to score 143 runs in 20 overs with a loss of 9 wickets. And for brilliant bowling, Moeen Ali was nominated as the player of the match.

After the first innings, csk bowlers get a good start and took crucial wickets from the time to time. But after some time when Andre Russel comes to the crease for batting, he started smashing csk bowlers. But then Sam Curran took the wicket of Andre Russel and Kolkata again got to backfoot. After that Pat Cummins started to smash the ball to sixes but couldn’t manage to win the match. For the 95 runs of Faf Duplessis, he is nominated as a player of the match.

Yesterday ipl match-winner was Chennai super kings 2021 against royal challengers Bangalore after winning the toss Mahendra Singh Dhoni decided to bat first. CSK openers made a good start against RCB but then Harshal Patel came with a magical spell and took back-to-back wickets. After that CSK not looking to reach 200 but in the last over Ravindra Jadeja smashes 37 runs against Harshal Patel and scored 62 runs in just 28 balls. In that over he smashed 5 sixes and one four and took csk to 191runs total.

after yesterday’s win, Chennai super kings in 2021 won the 5th match in a row. This match is played between Chennai super kings and sunrises Hyderabad at Arun Jaitley stadium in Delhi. The toss is won by David warner and chooses to bat first. At batting, SRH batsman scored 171 runs in 20 overs with the loss of 3 wickets. From SRH Manish Pandey scored the most runs he scored 61 runs. From CSK Lungi Ngidi took 2 wickets in his 4 overs.

after SRH Innings in the CSK openers took a good start of the innings and build a partnership of 100 runs. Ruturaj Gaikwad scored 72 runs in 44 balls with 12 fours. With him, Faf Duplessis also scored a half-century. But in the end, Some wickets are taken by Rashid Khan. But it was too late. csk won this match with 7 Wickets in hand. And continue its winning row.

In last year ipl csk vs mi 2020 also the matches of csk vs mi are very thrilling and the winners between them decided at the last stage of the game. Both teams have great players that perform very well in the matches between Mumbai Indians vs Chennai super kings in csk vs mi match in 2021 ipl was also same this match is one of the thrilling encounters so far in the 2021 ipl this match is played in Arun Jaitley stadium at the Delhi.

When Rohit Sharma won the toss he decided to bowl first. then bowlers of MI started well and took the first wicket at the beginning of the inning. But then Moeen Ali and faf Duplessis build a partnership of 100 runs both scored a half-century. But then csk loses 3 wickets very fast. They look like do not cross 170 also but then Ambati Raydu comes up with the massive knock of 72 runs in just 27 balls and managed to get a total of 218 runs with the loss of 4 wickets.

After the first innings of csk, the bowling unit of csk bowled a very good spell but at the end of the powerplay, mi managed to score some runs without losing a wicket. After that, some time mi lost some wicket and csk start to come back. Then Keiron pollard the man from West Indies took charge of batting. And scored a match-winning knock of 87 runs in just 34 balls and managed to get a win against csk. In the final over of the match. Due to the inning from Kieron Pollard, he nominated as the player of the match 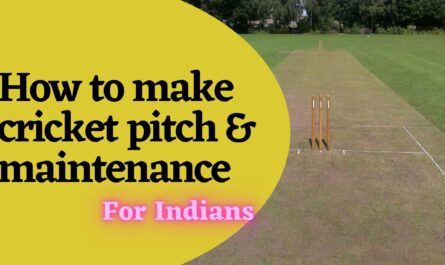 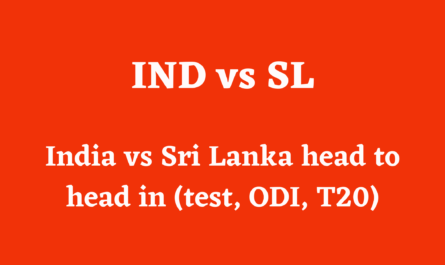