We all know that the IPL is one of the best tournaments of cricket. The ipl is started in 2008 and year by year tournament getting popularity. Now it is the most popular tournament in the world. The best players from the world are wanted to play in ipl. And ipl gives a stage to new players to show their talent to the world. Prizes in ipl are also more. The revenue from the ipl is also more than any other tournament. Here are the winners of the ipl and match summaries of that matches.

In chasing the runs the Royals failed to start well and with the contribution of the middle-order, they manage to go to the 129 with a loss of 9 wickets. Last over the Royals needed 15 runs, but RP Singh managed to give only 8 runs and Deccan Chargers won their first title.

At chasing Mumbai Indians failed to start strong. Mumbai loses their first wicket early. Shikhar Dhawan got out in 1. After that, the second wicket partnership is made of 68 runs. The skipper of Mumbai Sachin Tendulkar scores 48 runs and pollard played a little inning but after that also the Mumbai fails to win the title.

In 2011 Chennai super kings qualified 2nd consecutive time in the ipl final. In the final, they manage to score 205 in 20 overs. They build the 159 opening partnership. In that Murli Vijay score, the 95 runs failed to score a century by 5 runs. Chris Gayle from the royals takes 2 wickets.

In chasing, the Royals failed to get score and score only 147 runs with 8 wickets. Saurabh Tiwary played a not-out inning of 42 runs.

In 2012 Riders first time qualified for the final. As in the final Chennai Super Kings managed to score a high score of 190 runs in 20 over. Opposite to that Kolkata Knight Riders Chase the score with 2 balls spare.

The Manvinder bisla from Kolkata became the man of the match. And Sunil Narine became a valuable player in the tournament.

Mumbai defeated Chennai by 23 runs, ascribed to Kieron Pollard’s unbeaten innings of 60 runs from 32 balls which earned him the man of the match award.

Mumbai won their first IPL title playing in their second IPL Final to lose to Chennai in 2010. Chennai was playing their fifth IPL Final, endeavoring to win their third title. It was likewise the last match where Mumbai’s Sachin Tendulkar was an IPL cricketer, even though he didn’t partake in the match because of injury. He reported his retirement from the IPL at the finish of the match.

The 2014 ipl final is played between Kolkata knight Riders vs Kings XI Punjab at the Chinnaswamy Stadium Bangalore. After winning the toss the Knight Riders Captain Gautam Gambhir decide to field and in the first innings, Kings XI Punjab manages to score 199 runs in their 20 overs.

In chasing that total Kolkata looks like the losing side but Manish Pandey player of Knight Riders played a massive knock to secure the second title. And Glenn Maxwell was nominated as a valuable player of the season.

2015 final is played again between favorites of ipl Mumbai Indians and Chennai Super Kings at starting Mumbai Indians scores 202 runs in 20 overs with the loss of 5 wickets at Eden Gardens. Rohit Sharma from Mumbai Indians played a massive knock of 50 runs in 26 balls. For that, he is nominated as man of the match.

Chasing the big total Chennai Super Kings failed to get total Dwyane Smith from Super Kings played a knock of 50 runs and team manage to get only 161 runs in 20 overs. And Mumbai Indians secured their 2nd title.

Winning toss Sunrisers Hyderabad captain choose to bat first. Batting first sunrisers get total of 208 runs in 20 overs Benn Cutting from Hyderabad played a big knock for that he is nominated as man of the match.

Chasing such a big total is not easy but Gayle and Kohli made but easy. And looks like RCB will chase that total but after Gayles wicket, the RCB batting order failed to get total and manage to make only 200 runs in 20 overs. And Hyderabad won the title by 8 runs. Virat Kohli became the most valuable player of the season.

Chasing such a low score is easy but Pune did not get that total and lost by only 1 run. Krunal Pandya was nominated as man of the match. And Mumbai wins their 3rd title

Chennai super kings are also the most successful, top performers and winners of the ipl. 2018 is a big year for Chennai because they came back after the ban in ipl for 2 years. Both teams already played the match in Q1 and Chennai beat Hyderabad and went to the final. In the final sunerisers manage to score 178 runs in their 20 over.

Chasing that total Chennai lost their 2 wickets early but Shane Watson played a big knock of 117 runs in 57 balls and secure the 3rd ipl title of the Chennai Super Kings.

Mumbai Indians are one of the most successful winners of the ipl. 2019 again ipl final played between top rivals Mumbai Indians and Chennai Super Kings. After winning the toss Rohit Sharma decided to bat first and get a total of 149 runs in 20 overs, Pollard became the top scorer of the innings. And Deepak Chahar from Chennai took 3 wickets.

the 2020 ipl is organized in UAE. the condition of the UAE is totally different. in the 2020 ipl final Mumbai Indians and Delhi capitals played on each other. while batting first Delhi capitals scored 156 runs in 20 overs. in Delhi innings captain, Shreyas Iyer and Rishabh pant scored a half-century. in Mumbai Indians innings the captain played a half-century knock. he scored 50 runs in the final and won the ipl trophy.

these are the winners of the ipl till now hope you like it. the next ipl season is starting soon and there we will get the next champion of ipl. You can check the live score on our Website Forindians.in 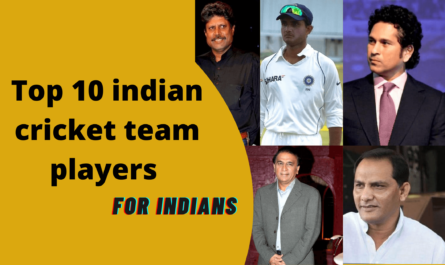 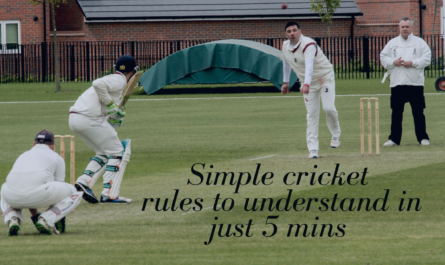